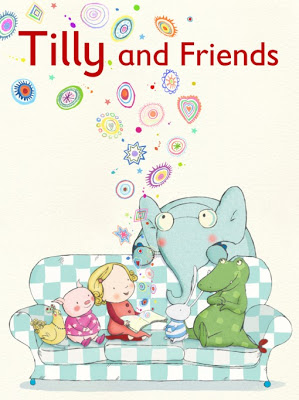 Early this year, we began working on the animation for Tilly and Friends with Ireland-based company JamMedia, and just last month we found out that this children’s animated series will be distributed internationally!

Deals with Aardman, which picked up global TV distribution rights for the series in April 2011, include Germany’s WDR and the WDR Media Group (TV and DVD rights), ABC Australia (DVD) and Canada’s TVOKids (TV).

The series, aimed at kids ages 3 to 5, is based on the children’s books series by author/illustrator Polly Dunbar published by Walker Books UK and follows the everyday adventures of Tilly and her five animal friends.

CBeebies commissioned Tilly and Friends in October 2010 and season one is set to premiere this fall with Walker Licensing on board to handle the L&M program in the UK. The new agreements add to a growing list of TV deals closed for Tilly and Friends with broadcasters including YLE (Finland), France 5, NRK (Norway), RTE (Ireland), SVT (Sweden), RAI (Italy), RSR (Switzerland), Latvian Public TV and S4C (Wales).

Sorry, the comment form is closed at this time.